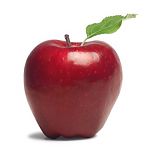 ”A Walled Garden Turned Into a Rain Forest”

More than ten months after the iPhone was introduced, Lev Grossman in Time Magazine, reflected upon the most valuable invention of 2007. At first he could not make up his mind. Admittedly, he argued, there had been a lot written about the iPhone—and if truth be told, a massive amount of articles, extensive media coverage, hype, “and a lot of guff too.” Grossman hesitated: he confessed that he could not type on the iPhone; it was too slow, too expensive, and even too big. “It doesn’t support my work e-mail. It’s locked to AT&T. Steve Jobs secretly hates puppies. And—all together now—we’re sick of hearing about it!”

Yet, when Grossman had finished with his litany of complains, the iPhone was nevertheless in his opinion, “the best thing invented this year.” He gave five reasons why this was the case. First of all, the iPhone had made design important for smartphones. At a time when most tech companies did not treat form seriously at all, Apple had made style a trademark of their seminal product. Of course, Apple had always knew that good design was as important as good technology, and the iPhone was therefore no exception. Still, it was something of a stylistic epitome, and to Grossman even “pretty”. Another of his reasons had to do with touch. Apple didn’t invent the touchscreen, but according to Grossman the company engineers had finally understood what to do with it. In short, Apple’s engineers used the touchscreen to sort of innovate past the GUI, which Apple once pioneered with the Mac, to create “a whole new kind of interface, a tactile one that gives users the illusion of actually physically manipulating data with their hands.”